Over 30 Southern California breweries lugged over casks full of beer for the second annual sold-out FirkFest, a festival of cask ale, two Saturdays ago (ha! I’m busy doing stuff, what I can I say?) hosted by the OC Beer Blog. It took place at the cozy Farmer’s Park, located right in the ever-so-hip Packing District of Anaheim. 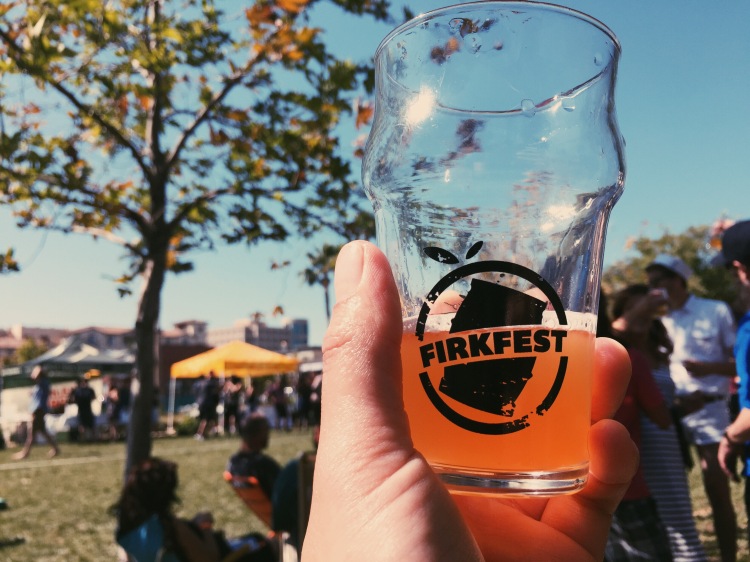 It was only the second beer fest I’ve been to. Don’t judge me, I like to sit and enjoy my beer and avoid crowds. This beer fest is in a league of its own. For one, it’s a cask ale fest. Beer in casks, like the good ol’ days. A method still popular in England. And two, I got to help Mister Nagel of the OC Beer Blog out and help pour beers for Ballast Point!

Cask ales are unique in that you may never taste those exact flavors again because of the spontaneous fermentation process. It lets breweries have fun and twerk some of their crowd favorites or make a whole new beer specifically for this event.

Ballast Point brought with them a cask of Longfin Margarita Lager with key lime and sea salt 4.2% ABV and a Spicy Grapefruit Sculpin with habanero 7% ABV that was either a hit or miss with the crowd. Earlier in the day, the Sculpin gave off a grapefruit scent and start with a habanero finish, but later people commented on the fact that it smelled like sea water. I had some towards the end of the fest and that it did! Ballast Point really knows how to capture San Diego in a cask. I was a fan, except that it was the first beer I had after pouring and every beer I had after tasted like a habanero-infused insert beer name here.

I enjoyed the Longfin margarita; it tasted like a mellowed-out margarita. Mellowed-out in the sense that you didn’t get that kick from tequila! 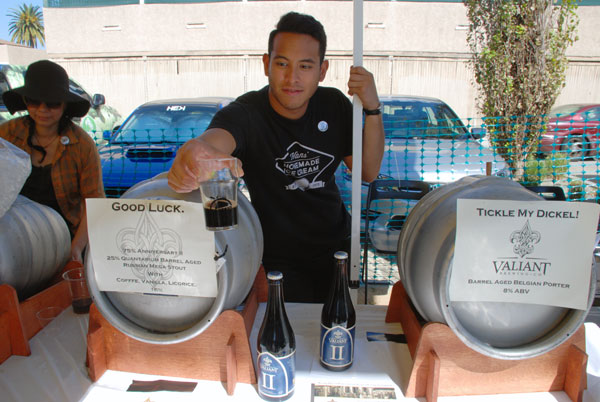 My most memorable beers: Valiant’s Good Luck – a really thick Quantarium Barrel-Aged Stout with coffee, vanilla and licorice 16% ABV, but it tasted pretty good for a high alcohol percentage beer and Smog City’s Pho-tastic – phoreakin’ weird! It was made with thai basil, which is what gave the beer the pho taste, but phok. Monkish had a pleasant chamomile and lavender saison and Noble Ale Works had a really good Lebowski and Naughty Sauce baby  of a milk stout that I’m starting to crave thinking about it. 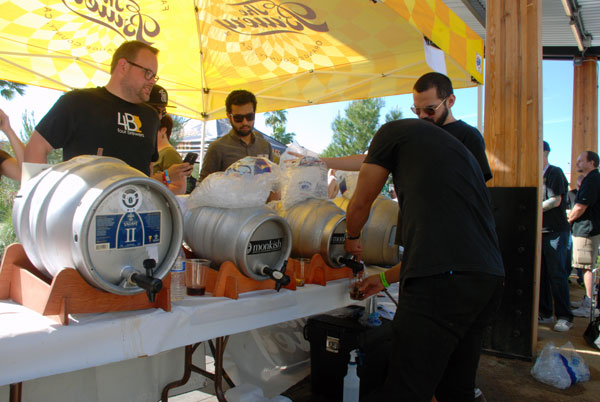 There was also a first annual chili cook-off between OC Chefs. I have zero photos of chili, I was too busy eating and judging. Popular burger restaurant Slaters 50/50 won with their All-American ground turkey, bacon chili that was on fritos and topped off with sour cream, but my favorite was from packing house native, Indian restaurant Adya, who put an Indian spin on chili and made it with lamb, black cardamom, bay leaf and 3 kinds of chiles. It was garnished with cilantro and full of so many bright and refreshing flavors.

Proceeds of this event went to Inspire Artistic Minds, a nonprofit organization that helps fund those glorious souls that are in the food and beverage industries expand their knowledge in their field. For instance, bad ass brewers Evan Price and Brad Kominek of Noble Ale Works were sent to England through IAM and made a damn good English Pale Ale at FirkFest to bring to the fest.

FirkFest will be returning next year with plans to double in its capacity, so buy your tickets before they sell out next time!